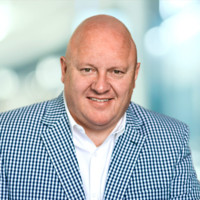 Choice. No matter what the category, product, service – we all want the ability to make a choice that best fits our needs and requirements. In today’s multiscreen and multiservice video environment, the battle for viewer attention can be relentless and never-ending. Why? Primarily because today’s streaming audience has choices like no other before it. No longer encumbered by commitments, contracts and dedicated equipment like satellite dishes, consuming content has never been so easy. Today’s media consumption ecosystem has been purpose built around choice, for better or worse.

For content licensing teams, this environment and its inherent challenges demand intense focus and reliance on the rich data associated with video consumption and the patterns that develop within that data when analyzed. From content affinity and viewing patterns to audience engagement, a myriad of data elements can be leveraged to interpret key measurable trends as they happen on the service.

If you’re reading this and enjoy challenges and proverbial marathons in your work, what I’m laying out here may look like a complex problem you’d like to solve. If you’re a bit less risk averse, this may appear to be the professional equivalent of Mount Everest. Fear not, faithful runners and expedition seekers – armed with the proper approaches, information, and tools, you can interpret the data in your business and use it as efficiently as Neo moves green symbols in The Matrix.

Understanding the performance characteristics of your content extends far beyond simple metrics like player starts, rebuffering attempts or disconnects. In order to make the most informed decisions about content – whether to license, whether to let an agreement expire, where it might perform better or worse, relative to other platforms – we must harness the stories within the data. Let’s look at the key measurables to assess.

Understanding the baseline metrics I mentioned earlier is important. However, data specificity is critical as you begin to understand how content is performing on a service. To achieve this granularity, we must break down and properly sort content by looking at categories like revenue by title, series, genre, distributor, time period, audience segment, promotion, region, and event.

These categories will tell the story of how content is performing with an eye to particular categories that help enhance the narrative. For example, one episode of a particular show may over-index on one distribution platform versus another, given the demographic breakdown of their user base. Taken further, one particular series on a platform may also perform particularly well among males between the ages of 25-54. We can consequently use this streaming data to help prescriptively drive additional titles that, based on the data we’ve mined and assembled, will most likely resonate with this same subset of audience.

Once we know how our cache of content was watched by the variety of viewers, imagine how valuable it will be if we can ascertain the future state of how our library will perform. It may sound like hocus pocus, but using the data derived from yesterday and today’s performance metrics, we are able to predict how the library will perform, broken down by the various categories we outlined earlier.

But what if something changes? What happens when an agreement expires month over month or subscriber engagement moves up or down? We can account for these changes, and the data lake we are processing will actually help predict some of these events. Using the data, we can predictively show where a trigger could lead to a change event, so that you can act, armed with informed data to make critical decisions about your business.

3) Which viewers are most/least engaged?

Which shows or events are being watched the most on a given service? Which shows are viewed the least on another offering? Again, the “how” isn’t some unknown, unsolvable problem. The “why” lives within the data and performance metrics about the content.

For example, performance data shows that The Sopranos consistently performs across a male demographic with ages 18-54 on a given service. It also shows that The Wire regularly resonates with that same audience swath, across all distribution platforms. Therefore, as informed programmers and business managers, we can safely assume that a series like Band of Brothers, which exhibits the same performance metrics, will also perform well for viewers of both shows when promoted via various means (placement, e-mail marketing).

Consider another application: a network whose content is the most popular among all U.S. broadcast television, and ratings usually dominate all other programming. I’m referring to the NFL, the 500-pound gorilla of U.S. television viewing. It is very hard to argue with the success of how they (and the broadcast networks) schedule their games and program for the audience. But what if they could predict which games would engage an audience most or least effectively and use that intelligence to help build their schedule? We’ll get to that a bit later.

4) Where are the best distribution opportunities?

At the risk of sounding like a broken record (or glitchy audio file, in today’s digital parlance), data is the most important element in today’s constantly-expanding video consumption universe. Those who license content as well as those who distribute it and/or operate direct-to-consumer (DTC) services must arm themselves with as much actionable intelligence as they can when it comes to their content. Again, this intelligence should go far beyond simple playback metrics and include variables that include:

Next, we should cross-reference these data points to answer important questions like content return on investment (ROI), average revenue per distributor, and past or emerging trends to consider capitalizing on.

5) Where are the best HIDDEN opportunities?

Earlier, I mentioned how the NFL might use the data approaches outlined here to more effectively predict a game’s performance based on historical data. If, for example, the NFL and broadcast network partners know that a particular matchup will not perform well in one designated market area (DMA), they could adjust a schedule accordingly.

Let’s say that the television ratings over the past five years show the San Francisco 49ers traditionally underperforming in the Tampa-St. Petersburg market, but over-indexing in the Seattle-Tacoma market. Using this framework, the league could schedule the 49ers to play the Seahawks on that week, instead of the Tampa Bay Buccaneers. Using this approach across every team and their DMAs, the NFL could build a very ratings-optimized schedule for a given season. Score – data wins the day, again.

Visualizing tasks and goals is an effective way to help usher in success. The more we can see information, the better we can identify and measure progress. When it comes to the variety of data sets and approaches we’ve outlined here, organize the data in a visually appealing, easy-to-understand format, and you will accelerate better decision making.

Lastly, as the saying goes, teamwork makes the dream work. Leverage this data and the dashboards they are presented on to help centralize the insights you gather from your business. This way, any stakeholder can access them – not just the content licensing/distribution or sales team. For example, sharing performance data and monetization metrics with other teams to help with prioritizing budget.

How Data Can Level the OTT Playing Field for Content Owners